Does Marijuana Cause Varicocele?

​Many of my clients and also people across the internet have noted that smoking marijuana seems to increase their varicocele swelling and pain/discomfort symptoms. Here are some posts on Reddit on it:

It Matters if You Smoke Marijuana or Take and Cannabidiol (CBD)

https://pubmed.ncbi.nlm.nih.gov/29766538/​
A significant decrease in the number of Sertoli cells was observed only in the CBD 30 group. In both CBD groups the number of spermatozoa in the epididymis tail was reduced by 38%, sperm had head abnormalities, and cytoplasmic droplets were observed in the medial region of flagellum. These results indicated that chronic CBD exposure was associated with changes in the male reproductive system, suggesting its reproductive toxicity. 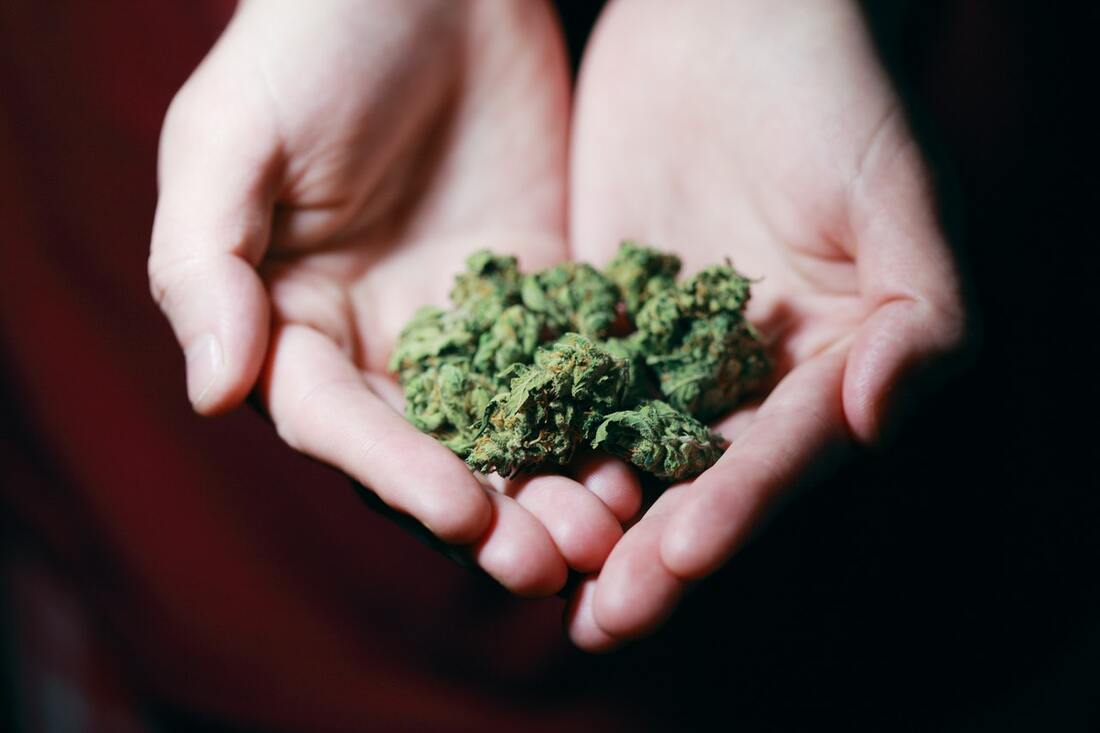 ​https://onlinelibrary.wiley.com/doi/full/10.1111/andr.12585
With respect to male factor fertility using semen parameters as a surrogate, cannabinoids likely play an inhibitory role. Data on marijuana and male sexual function are mixed but suggest that marijuana may enhance the subjective experience of sexual intercourse while potentially contributing to ED in a dose-dependent manner. Cannabis has been associated with both increased and decreased risk of malignancy depending upon the target organ. Marijuana exposure seems to be an independent risk factor for testis cancer, data on bladder cancer are conflicting, and the evidence on prostate cancer supports anti-neoplastic effects of cannabinoids.
​P-331 Marijuana (MJ) impacts sperm function both in vivo and in vitro: Semen analyses from men smoking marijuana. L. J. Burkman, M. L. Bodziak, H. Schuel, D. Palaszewski, R. Gurunatha, Andrology Laboratory. SUNY at Buffalo, Buffalo, NY. Objective: We have shown previously that marijuana may adversely affect fertilizing capacity by changing the endogenous cannabinoid regulatory system for sperm. THC (tetrahydrocannabinol) is the major psychoactive product in marijuana. Both THC and endogenous ligands have their effects through cannabinoid receptors, which are also found on human sperm. In vitro, cannabinoid ligands were found to inhibit human sperm binding to the zona, inhibit acrosomal changes and alter normal sperm hyperactivated (HA) swimming (Molec Reprod Devel 63: 376). Here, we present data on semen quality and sperm function from men who are smoking marijuana about 4 times per week. Design: Semen samples were obtained from 22 men who had used marijuana (MJ) for an average of 5.1 years. Materials and Methods: Sexual abstinence was at least 2 days. In addition to volume and morphology, semen was analyzed by CASA using an IVOS system: sperm count (COUNT), % motility (MOT), velocity (VCL), amplitude, and % HA. VCL and HA were assessed again after a swim-up (SU). Control values were taken from 59 fertile men.

​Results:
The following data were obtained from each group (mean, sem, * significant difference by t-test). Mean THC level in the urine sample was 390 ng/ml  82. Semen volume (p  0.001) and total sperm number (p  0.04) are significantly reduced compared to controls. Morphology (strict) and % motility were not affected. Surprisingly, sperm velocity (p  0.01) and %HA (p  0.01) were abnormally high, both in the neat semen and after a wash with swim-up. Hyperactivation is required as the sperm approaches the egg. Premature, elevated HA may lead to early sperm burn-out, reducing fertilizing capacity. It is possible that semen from MJ smokers contains higher levels of reactive
oxygen species, similar to infertile men, thus driving up HA and damaging  the sperm membrane (Fertil Steril 59: 1291). Conclusion: Marijuana smokers appear to have impaired fertility potential. Smoking men have reduced semen volume and total sperm number. Seminal sperm from MJ men express abnormally high hyperactivated motility which persists after a wash and swim-up. These sperm may burn out quickly and reduce fertility. We note that women smoking marijuana will have elevated THC throughout their reproductive tract, thus affecting sperm in the cervix, uterus and oviduct.

"I also smoke marijuana, but when I smoke the varicocele gets worst, still no pain though. I can just feel it get even bigger when I m high." https://www.healthcaremagic.com/questions/Can-smoking-marijuana-cause-varicoceles/968636​ ​

Princeton Vascular Center believes CBD has a role in vein health, citing that since cannabinoid is flush with omega-3 fatty acids, it can not only decrease itching, burning and pain from varicose veins, but it offers an option in improving their appearance as well as long as patients are under the care of a board-certified vein specialist. The Center explains, “The use of hemp oil has been reported to decrease the local itching, burning and pain from spider veins and can be applied to the skin directly. Anecdotally, it has also been reported to improve the appearance of spider veins.”
https://www.ncbi.nlm.nih.gov/pmc/articles/PMC3579247/​

However, there’s a caveat: CBD seems to offer benefits to varicose veins, while one study found that smoking marijuana e-cigarettes can damage blood vessels after just one use. The August 2019 study stated that out of a small sample of 31 individuals, MRIs before vaping showed healthy blood flow and after vaping highlighted reduced blood flow. While more research is needed, the study implies that continuous use could cause even further damage.
​https://www.nhlbi.nih.gov/news/2019/study-nicotine-free-e-cigarettes-may-damage-blood-vessels-after-single-use
​https://pubmed.ncbi.nlm.nih.gov/30726923/
Men who had ever smoked marijuana (N = 365) had significantly higher sperm concentration (62.7 (95% confidence interval: 56.0, 70.3) million/mL) than men who had never smoked marijuana (N = 297) (45.4 (38.6, 53.3) million/mL) after adjusting for potential confounders (P = 0.0003). There were no significant differences in sperm concentration between current (N = 74) (59.5 (47.3, 74.8) million/mL) and past marijuana smokers (N = 291) (63.5 (56.1, 72.0) million/mL; P = 0.60). A similar pattern was observed for total sperm count. Furthermore, the adjusted prevalence of sperm concentration and total sperm motility below WHO reference values among marijuana smokers was less than half that of never marijuana smokers. Marijuana smokers had significantly lower follicle stimulating hormone (FSH) concentrations than never marijuana smokers (-16% (-27%, -4%)) and there were no significant differences between current and past marijuana smokers (P = 0.53). Marijuana smoking was not associated with other semen parameters, with markers of sperm DNA integrity or with reproductive hormones other than FSH. Chance findings cannot be excluded due to the multiple comparisons.

https://pubmed.ncbi.nlm.nih.gov/31313338/
Exposure to CBD is associated with a reduction in mammalian testis size, the number of germ and Sertoli cells in spermatogenesis, fertilization rates, and plasma concentrations of hypothalamic, pituitary and gonadal hormones. Moreover, chronic doses of CBD have impaired sexual behavior in mice. From the studies identified in this review, it is possible to conclude that CBD has negative effects on the reproductive system of males. However, knowledge is still limited, and additional research is required to elucidate fully the mechanisms of action, as well as the reversibility of CBD effects on the reproductive system.

​Does Smoking Marijuana Cause Varicose Veins?

If the valves of the veins don’t function well, blood doesn’t flow efficiently, and the veins become enlarged because they are congested with blood. These enlarged veins are commonly called spider veins or varicose vein.

Smoking marijuana can affect your venous system in a number of unwanted ways. For one, smoking is known to increase the clogging and stiffening of your arteries, which reduces your circulation and increases the likelihood that you will develop varicose veins. Smoking marijuana is also a known contributor to high blood pressure, which also often one of the underlying causes of varicose veins. If you have diabetes, are obese, or are taking birth control pills then venous system risk factors associated with smoking marijuana become even more pronounced.

The cardiovascular problems smoking marijuana causes can lead to varicose veins. The act of smoking damages the veins, making them more rigid and decreasing blood flow through the cardiovascular system. This can result in peripheral vascular disease (PVD), where insufficient blood goes to the arms and legs. It can also cause or exacerbate varicose veins.

Both Past and Present Use of Marijuana Increase Risk of Infertility!

Does Marijuana Cause Varicocele?

Many of my clients have reported that marijuana increases their sensitivity to varicocele pain. Others have also reported that it increases their varicocele swelling. I am obviously not sure why this is, but it is simply something that seems to be reported often. So, there may be some association between varicocele and marijuana. Avoid it if possible.
​Although weed that’s bought on the streets might have harmful impurities in it, marijuana that’s purchased at a licensed facility should be only the cannabis plant. This helps ensure that there aren’t additional harmful chemicals entering the body, but simply smoking the cannabis plant can lead to health issues.

People who regularly smoke marijuana may suffer from multiple ailments as a result of the habit. The lung damage that’s caused by inhaling smoke can lead to chronic obstructive pulmonary disease (COPD), chronic bronchitis, emphysema and other breathing problems. It may also cause cancer, and it likewise causes cardiovascular issues.

The cardiovascular problems smoking marijuana causes can lead to varicose veins. The act of smoking damages the veins, making them more rigid and decreasing blood flow through the cardiovascular system. This can result in peripheral vascular disease (PVD), where insufficient blood goes to the arms and legs. It can also cause or exacerbate varicose veins.
The link between varicose veins stems from the damage that smoking causes to veins and the resulting decreased blood flow. This allows blood to pool in the legs’ veins, making the veins bulge and twist under the added strain.
Formal studies on marijuana’s effects are limited because the substance is just recently being legalized in the U.S. Thus far, however, one preliminary finding showed a 33 percent of men who smoked marijuana developed varicose veins.
​
​If You're Into Recreational Drugs, Your Fertility Is At High Risk
If you are into recreational drugs, your fertility is at high risk. Keep reading to determine how.
Recreational drugs are substances that some people tend to consume to improve their mood including alcohol, Marijuana, Cocaine, and Opioids. Addiction to recreational drugs would reduce your fertility by affecting your semen parameters and testosterone according to a study published in the journal of reproductive biology and endocrinology. Alcohol overconsumption causes a reduction in seminal volume, sperm count, motility, and morphology. Additionally, it leads to DNA damage. Moreover, other drugs would decrease sperm count and motility, and acrosome reaction. Regarding testosterone levels, all recreational drugs reduce testosterone levels.
Source: https://www.ncbi.nlm.nih.gov/pmc/articles/PMC5769315/
Keywords: Is weed addictive? 420 Legal weed dispensary ​edibles delivery 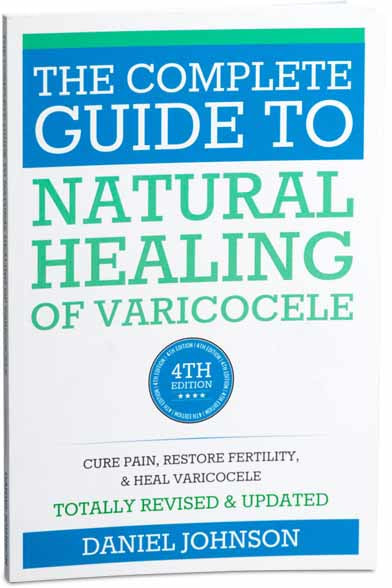 Start Now >>
Are you interested in treating your varicocele without surgery? The Varicocele Healing Guide is a step-by-step guide on how you can treat your varicocele at home with natural treatments. Don't wait. Start your treatment now!

​Get The Varicocele Healing Guide!